Today was the day. After 10 months of blood, sweat and tears (and the occasional tantrum) the circle was complete and CJ3 journals were returned to their rightful owners. (For new readers who are unaware of circle journals have a look here or here).
Unfortunately one of our number had fallen by the wayside, and another had moved to deepest darkest Derbyshire, but the rest of us assembled at lunchtime for the return of the journals. This was accompanied by the ceremony of eating chip baps and drinking tea (there were also chocolate brownies - nowt to do wiv me guv, honest).

The journals were handed over 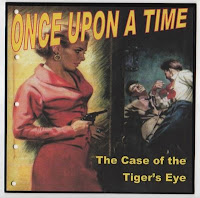 with much solemnity and due dignity. Oh ok, we ripped them out of their wrappings and behaved like a bunch of kids at Christmas, but what else did you expect? There were tales of hardship and deprivation during WWII, intrigue surrounding a mysterious music box, a castaway story with a bizarre ending, the totally random story featured earlier and a tale of sex and drugs and rock & roll with an unexpected twist at the end. 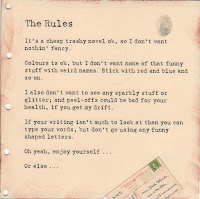 And then there was mine.
"Once Upon A Time - The Case of the Tigers Eye"
Nothing glittery or flashy - a pulp fiction private eye story. Not my usual choice of reading material, but I've killed plenty of hours on duty reading these type of stories (if I'm bored I'll read virtually anything), and I figured it would be a challenge for people to work with a very basic format; no fancy colours or fonts and so on.
The story is fairly predictable. 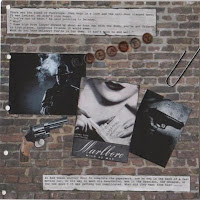 A good looking blonde with a foreign accent walks into the office of a hard bitten cynical PI and asks him to track down the Tigers Eye. Along the way we meet the overworked police Inspector, Russian goons, Chinese triads, and various other nefarious characters. It's never going to be a best seller, but it wasn't intended to be. It's a wondeful keepsake and I'd like to say a big thank you to the ladies who contributed so much time and effort to it. As well as the cover and 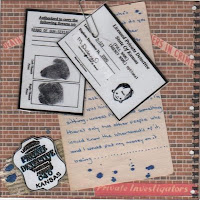 In other news. after the wonderful weekend down at Exmoor, I'm back on facebook after some nagging:)
I'm on leave again at the end of the month and have decided to go and see the stones at Callanish. It's a long trek to get there, but it's a place I've wanted to visit for a while now, more or less since I started on my path. Who knows what the visit will bring?