So much for being on the mend. Since my last post my artistic output has been Nil. Zilch, Zero, Nada. That's what you get for bragging. Ah well, after two weeks of being poked, prodded and scanned the medical profession have finally come up with an answer and it's now official, I'm another step down the path towards being a doddering, decrepit old fart (who said I'm already there?). Oh well, more bloody tablets to try and remember to take. Hopefully I'll now get chance to come and visit more blogs, and actually have the energy to comment.

In my last post (you know the one where I said I was on the up) I showed you a background for a picture I'd been prodded to paint. Well, I've now managed to get a bit further with it.
So far it's not too bad, a quick sketch, a bit of gesso, and then some underpainting. There's also a hint of a face in there, but that's the scary bit, so it will be left until last. This is me going out on a limb. I've done the occasional bit of painting before, but nothing as detailed as this, and I really want to get this right. No pressure then! 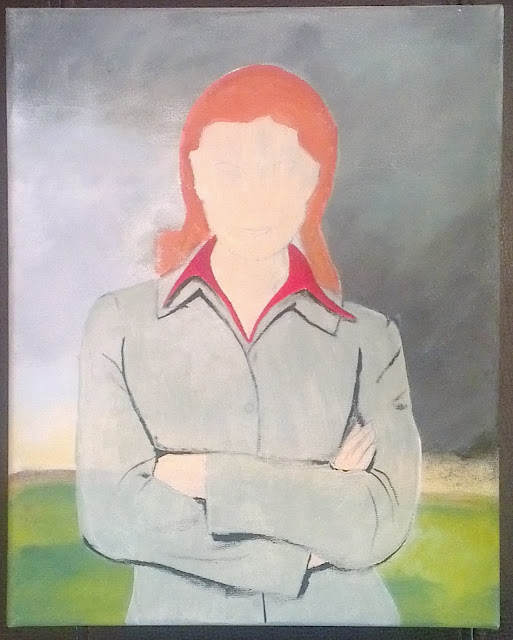 In other news......
I had dinner (tea) at my daughter's today, and had a nice long chat with my eldest granddaughter about art and GCSE's. She's just scooped 4x A* in Art, plus another 4 As in other subjects, and nothing lower than a C. She's about to go to college to study art.
*Proud Grandad moment*

There has been creativity over the weekend, as well as harvesting, so things may be on the up. Having said that I was at the docs this morning being prescribed ABs for a bug.
Maybe I should have called this "Temperature rising" ;)

Before I show off the latest creations, I'm going to brag that I harvested around 6lb (3kg) of potatoes, and a large tub of chillies on Sunday. Not a bad first attempt from somebody who doesn't have green fingers.
All I need now is for the apples to finish ripening :)

And now, back to the art.

This is the backdrop to a painting which is probably going to take me weeks/months/forever to finish, as it includes a face, and I'm not that skilled at faces - yet.
This has already been re-painted once, and would have been redone a third time but I decided that it was good enough for the background, especially when a big chunk of it will be painted over.
Watch this space...... 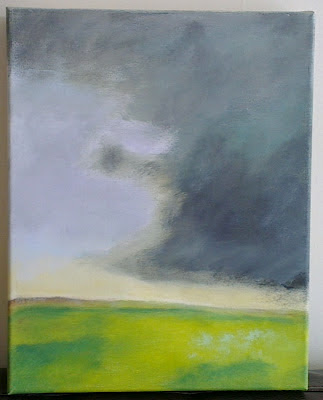